A love of wine, a little bit of research, a good deal of naivety and a hell of a lot of hard work led to the establishment of Amherst Winery when Norman and Elizabeth Jones planted the 2ha “Dunn’s Paddock” Shiraz vineyard in 1989. This was followed by 1.5ha of Cabernet Sauvignon and .5ha of Chardonnay in 1998. Amherst Winery is located 20km southeast of Avoca in Western Victoria’s beautiful Pyrenees Wine Region. The land at Amherst, an old gold field, had been farmed by Norms’ grandparents and great grandparents. When the opportunity arose to purchase some of this land in the 1970s he jumped at the chance of holding on to some of the family’s rural heritage.

The business is now owned and operated by the second generation of vigneron at Amherst, Luke Jones. He carries on the tradition of high quality, small batch winemaking. As a teenager Luke helped plant the vineyards and has been involved in almost every vintage since that time. After 15 years in the wine industry in hospitality, retail and wholesale sales and with a diploma in Wine Science Luke took over the winemaking duties in 2008. Since the first commercial release of Shiraz in 1995, Amherst has gained a reputation for elegant, cool climate, hand crafted wines that have delighted wine lover and critics alike. 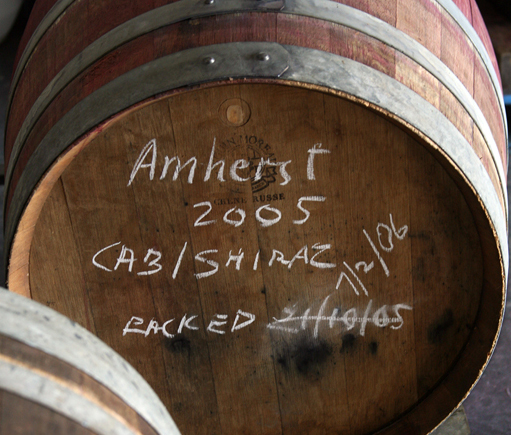